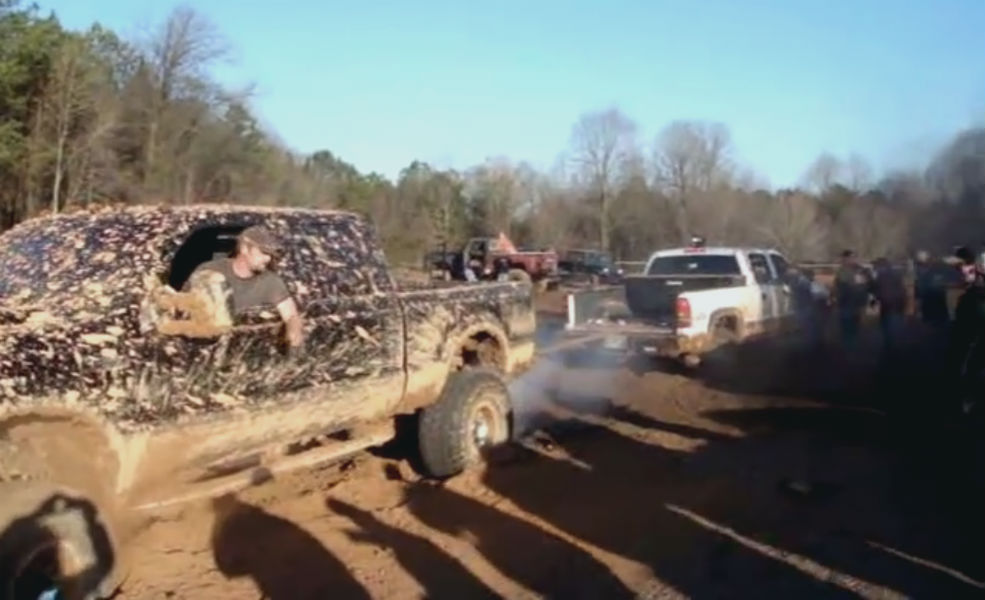 This tug of war keeps the Ford vs. Chevy debate going strong. No matter which side of the aisle you find yourself on, this tug of war is pretty entertaining. The featured competitors are a Ford Gasser F250 and a Chevy Duramax. Let’s take a look at how the competition stacks up against each other. The Duramax Diesel Engine that the Chevy has is the original brainchild of a partnership between Isuzu and General Motors.

If you want to see how well Chevy Silverado with a diesel Duramax V-8 measures up against Dodge Ram 2500 Cummins, click here. The “D Max” as it was originally known is a beastly 6.6 liter v8. It features a common rail, high pressure injection system and 4v per cylinder on the valve train. It was made to replace the longstanding General Motors Diesel model and has become a mainstay since that time.

The Ford F250 features a gas engine capable of producing 385 horse power and 405 pounds of foot torque. Not bad for a gas versus diesel matchup. Keeping in mind that the F250 is designed to be one of Ford’s more heavy duty work trucks means this thing can be flat out dangerous in a tug of war. So can the diesel model for that matter. END_OF_DOCUMENT_TOKEN_TO_BE_REPLACED

There is a long running debate among Ford drivers as to the advantages of having a 250 gasser or diesel. Side by side, they match up pretty evenly with performance. It all comes d

There is a long running debate among Ford drivers as to the advantages of having a 250 gasser or diesel. Side by side, they match up pretty evenly with performance. It all comes down to maintenance. That question was a no brainer several years ago when gas was much cheaper. Diesel engines take much less to maintain than their gas counterparts, so that, coupled with the low cost of fuel, is why you heard so many diesel F250s running up and down the roadways. However, as any diesel pick up owner can tell you, when a diesel engine does break, they are much more costly to repair than their gas engine counterparts. Again, this was a risk you were willing to take when gas prices were at their lowest. However, since diesel can now be just as much, if not well above the price of unleaded gasoline, makes a gasser the obvious choice now. It seems like us guys are more than willing to bust our knuckles on the weekend to fix our cheaper gas engines if it means we can live to drive another day.

The Tug Begins, The Chevy Goads the Gasser

So that brings us back to the match itself. Both trucks square off and the tug begins. The Chevy struggles, and blows smoke all over the place. In the end, it has to give it up. The Ford obviously wins this pull, and has the mud covered exterior to show for it. A conversation is had between the driver of the gasser and one of the onlookers. It seems like it is an open and shut case, however, the show is not over just yet folks. I am not sure what got into the Chevy driver other than pure frustration at losing. He tightens the rope and tugs the Ford a few more times, once raising the front end off the ground. Well, that seems to do it for our friend in the gasser. Remember, the only thing worse than one angry driver is another angrier driver who just whipped you handily in a tug of war. The gasser floors it out of pure frustration and drags the Chevy back several feet.

The Chevy tries to respond by gunning the engine. Tires spin, mud spits, and then an eerie silence ensues… from the Chevy. The smoke emanating from the hood tells it all, the Duramax is done. Nothing left to do but pop the hood and let it air out for a while. The morning will see more than a few repairs. In the meantime, friends will talk. They will give all sorts of reasons as to why the Duramax lost. They will blame the Ford for cheating, or say it had a more superior engine, etc. It is what we do. It is almost an American rite of passage. If you can’t brag on your truck, or make excuses for its performance, then you need to keep it out of the mud. As long as we continue to make Fords and Chevys, we will continue to make debates by default. If only there were a way to legally place bets on this type of thing, that would be interesting. It would also add more fuel to the fire. Long live the Ford and Chevy debate! 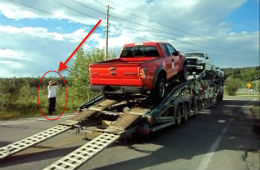