Ride Along an Insane Motorcycle Race Through The Streets 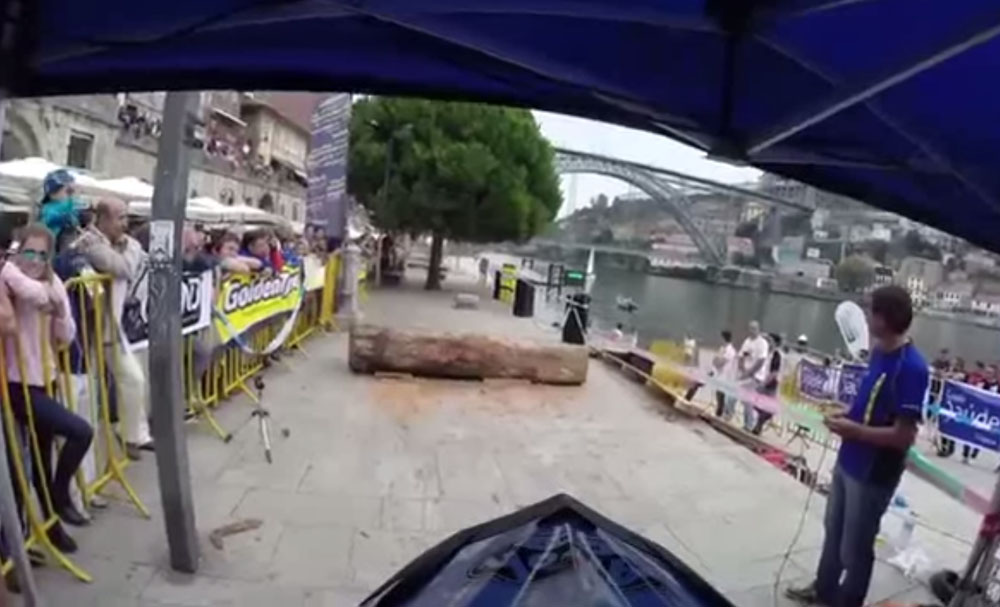 Typically, when you think of a dirt bike race, you conjure up images of a circular dirt track with camel humps and large ramps that send motocross riders soaring towards the sky. The audience goes home covered in a light red dust from all of the dirt that gets kicked up into the air. However, that is not the case here. It is a fast paced, grueling ride over steps and through narrow city streets filled with onlookers.

It takes guts and nerve to race in this one!   This is a race sponsored by Redbull, and if this does not give you wings I am not sure what will! The race is called the Extreme de Larges and takes place in Europe. It is one of the most challenging Enduro races on the planet. This head-to-head time trial featuring Ben Hemingway and Andreas Lettenbichler. You get the race from Ben’s point of view and it is nothing short of spectacular.

The beginning of the race starts off with the two motorcyclists riding side-by-side. After a series of logs and other obstacles, they come to a turn where the path narrows and is only wide enough for one racer to squeeze through. At that point, Ben falls into second place and remains there for the duration. However, the chase is simply amazing. END_OF_DOCUMENT_TOKEN_TO_BE_REPLACED

These bikes go careening up steps most of the time, only inches from the crowd and hand rails. One small pop against the side of the wall and they could end up scrubbing themselve

These bikes go careening up steps most of the time, only inches from the crowd and hand rails. One small pop against the side of the wall and they could end up scrubbing themselves and painting the pavement! Furthermore, it seems like they just begin to gather speed only to have to grind to a screeching halt because of razor sharp turns complete with metal gates and onlookers. Most of the turns are sharp right angles and are not really designed for dirt bikes to glide through. They are challenging to say the least. One of the best parts of this is the cameraman that is directly in the path.

He even has his tripod set up as if he is just there for some sort of exhibitors convention. Who does that? Next time run him over and give us a show! Anyway, once all of the uphill ground is covered, they must come down! The race takes a different turn and the two dirt bike racers go careening down flights of steps at breakneck speed. From there, the terrain gets a bit more even, yet then they must skate across water and over jump massive log obstacles! The massively large log obstacles, placed at the end of the race, only add insult to injury. Not only are you worn out from pulling your bike up all of those concrete steps, but now you have to hoist it over logs that look like they were cut from massive California redwoods! At any rate, Ben finishes his race right behind his competitor and seems quite pleased with himself. He also appears to be extremely out of breath! If this looks like something you might want to try, head over to Redbull and click the events tab. They have all of the events listed by type and country. You were sure to find something that will get your adrenaline moving!