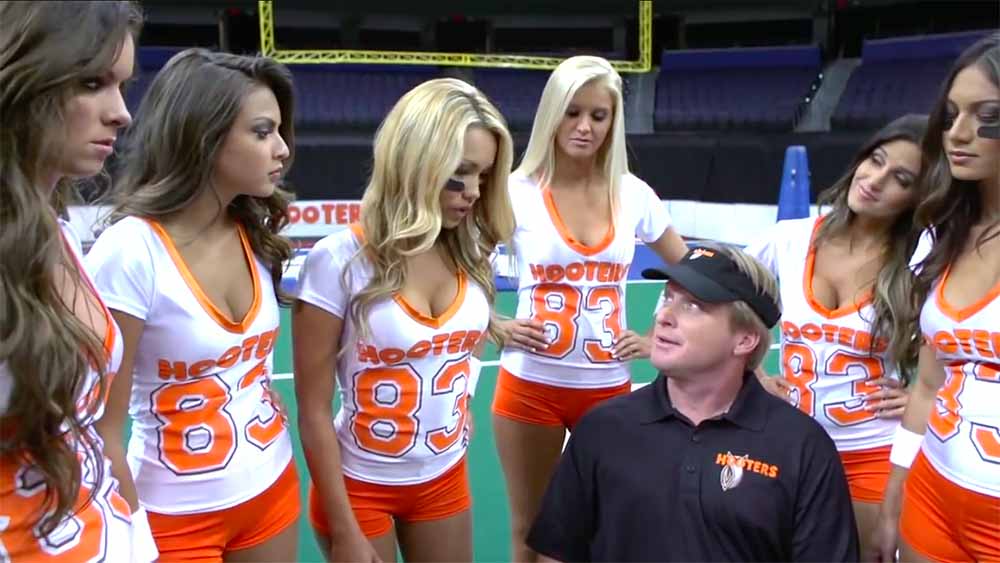 So it seems like the Hooters girls are prepping themselves for the upcoming football season, and who better to get them in shape for it than Jon Gruden. You remember him, right? He was the coach of the Oakland Raiders and Tampa Bay Buccaneers. He took the Buccaneers to a Super Bowl the very first year he took over as head coach. Pretty impressive stuff. Beyond that, he has a winning smile and winning attitude. He also has a great personality and knows his stuff. If anyone can whip the Hooters girls into shape, it’s him.

Don’t Let Them Fool You, These Girls Have Skills

The is a bit tongue-in-cheek, but it is an absolute blast to see. The girls are beautiful, and there’s football involved. As a guy, that’s two of our favorite things right off the bat. Throw in a couple of brautwursts, and we are set for a while.

Also, I promise you (coming from me you know you can take it to the bank), no NFL football players or coaches were harmed during the making of this film. No head football coaches were harmed, either. See this and you’ll see what I mean. It’s pure unadulterated fun stuff. John takes the girls through a series of NFL drills that are typically reserved for pros. END_OF_DOCUMENT_TOKEN_TO_BE_REPLACED

Now, mind you they are not given as much scrutiny or pushed near as hard as a 6 foot 350 pound linebacker would be, but they still hold their own. It’s impressive to see beautif

Now, mind you they are not given as much scrutiny or pushed near as hard as a 6 foot 350 pound linebacker would be, but they still hold their own. It’s impressive to see beautiful ladies run around on the football field performing maneuvers in nothing but a T-shirt, shorts and white tennis shoes. However, these are not your typical drills either. There’s a twist. The real entertainment value lies in the antics involved with combining football and waitressing. Jon takes the girls through a series of drills involving customer complaints and food service. The only kicker is he has them address these restaurant situations while running through NFL obstacles, or performing football maneuvers. It’s pretty amazing to see a lady run through tires with two beer mugs in her hand, stumble, and yet still not spill a single drop.

The Best Move is the Ice Skater Slap

However, the piece to insist on happens about three quarters of the way through. If you are a full-blooded, all-American guy, then this one part in particular will make you smile and laugh out loud for about five minutes. They actually slap an ice skater. That’s right, one of the Hooters beauties runs up to the skater faster than a wide receiver, slaps him handily, and continues on her way. It is the stuff of internet gold, and the one thing we would all love to do if given the chance. It’s bad enough that there is an entire Olympic sport dedicated to it. Besides, if I want to watch guys slide around ice I will watch Hockey, and I don’t like Hockey. Yet, I would rather watch them than some guy spin around on the ice. Hockey is like football on ice. Only there are sticks and pucks involved, but they still pass and run, er—skate, a lot. I find that to be much more entertaining than watching a guy spin around the ice to music like Tinkerbell’s date. I digress though. Back to the matter at hand, football and Hooters girls. All in all, Coach Gruden does a fantastic job whipping the girls in shape. Who knows, maybe he can feature them on his ESPN analyst segment during a Sports Center show. You never know. It seems like he has a good rapport with the girls, and they seem to admire him as well. Plus, Jon just has one of those magnetic personalities so it’s easy to see why he would be a good fit for running mock drills with beautiful women. They all perform well, and they don’t even break a sweat. So see it, enjoy some hot wings, and find some football to watch afterward. See, I’ve just given you an agenda for the rest of your day. Call out sick and get to it. You can thank me later friends. 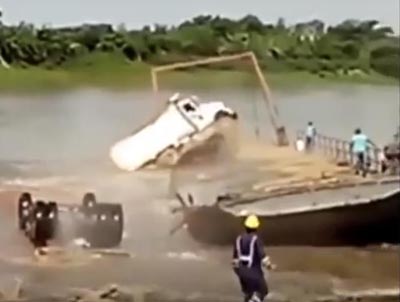