The 1990s were an explosive time. Industry boomed. Tech boomed. And Hollywood boomed…big time. These 90s actresses – shown side-by-side with their younger selves – rocked that era of Hollywood! 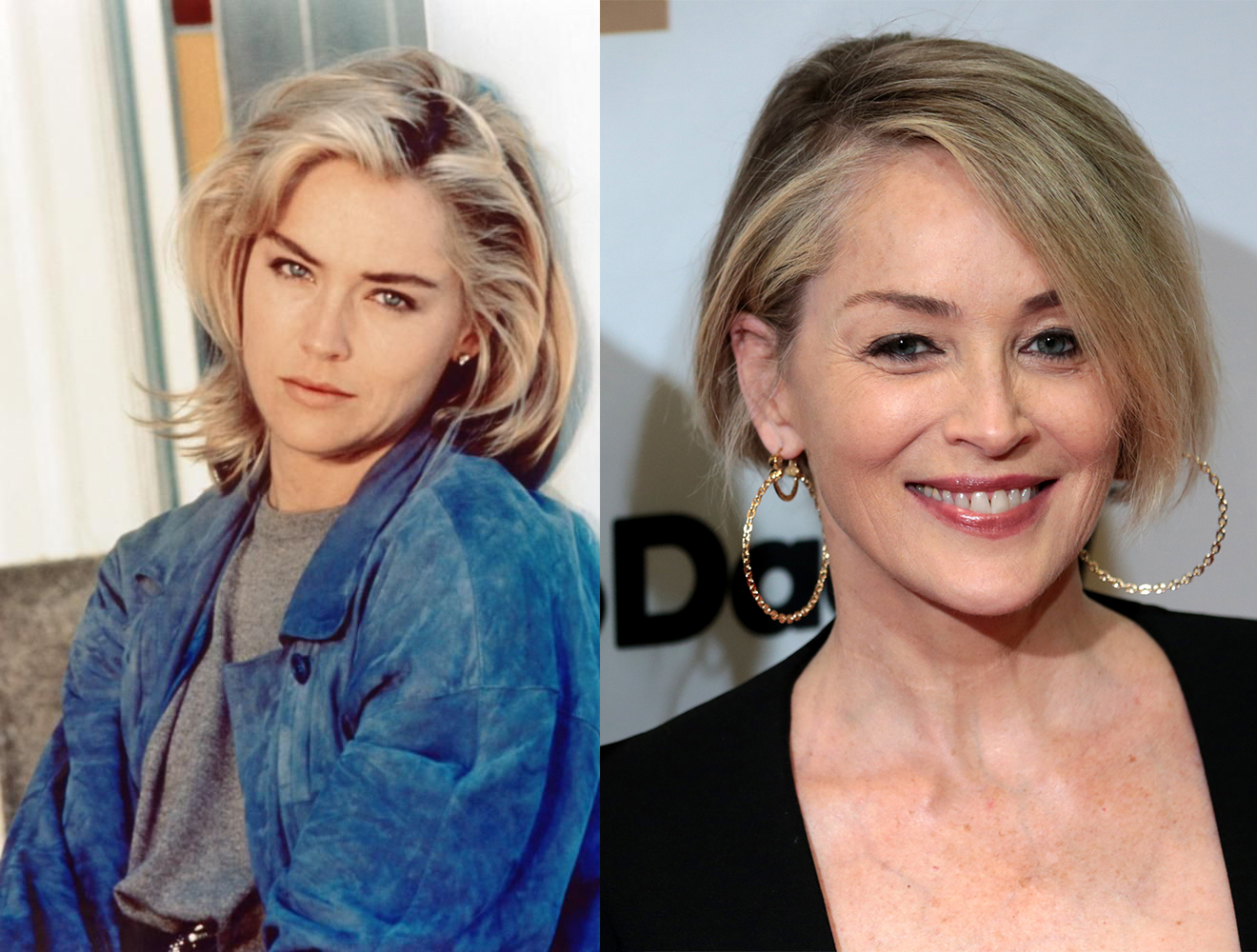 Sharon Stone began her career in the ’80s. Now she is known as an actress, producer, and former fashion model. Her acting career began as an extra in a Woody Allen movie. Seemingly, the movie to kick off her acting career is Stardust Memories (1980). After a series of small roles, Stone’s career takes an exciting turn of events as she lands a role in Total Recall (1990) alongside Arnold Schwarzenegger.